After snorting up his first-overall pick money and wrapping his Ferrari around a telephone pole, Casey’s baseball days are unambiguously over before they’ve even begun. That is, until the general manager of his hometown Toronto Blue Birds pays him a surprise visit, making an unlikely offer. The team is eager for Casey to sign, but on one condition: he is to be the personal catcher for the team’s star closer, Phil Reardon, a seven-foot-tall lumberjack of a man with a bad attitude and even worse manners. The two form a pact: Reardon will help Casey stick with the team if Casey promises unwavering loyalty. Uneasy with the terms but ultimately agreeable, Casey shakes on it, figuring no harm could come of it. But as he settles into his role on the team, it becomes clear that Reardon is hiding a secret that threatens to derail both Casey’s career and the team’s championship ambitions. Bawdy and brawling, comical and crude, The Closer offers a gritty, uncensored glimpse into the grind of professional baseball. 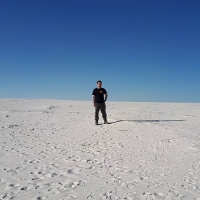 Jason Smith is both a writer and a hardcore fan of baseball. While he currently resides in Lakefield, Ontario, he was born and raised in Scarborough, and his fiction reflects the sights and sounds of the place in which he grew up. The Closer is his debut novel.