Twenty-five years after his father Gord died in a car accident, Richard gets a call from his cousin Tony, who is working on a theory that Gord’s death was orchestrated by Al Forzante, Gord's former boss and a powerful union leader. With his own career and marriage sputtering, Richard is reluctant to believe Tony, inclined instead to cling to the one sure source of his own self-worth—being the son of legendary labour lawyer Gordon McKitrick. Does Richard believe Tony, pursue Forzante and risk revealing unsavory elements of his father’s life? Or does he keep his mouth shut, humiliate his cousin, and allow Forzante's crime to go unpunished? A mystery plated with plenty of sides, Bruce Geddes' debut novel The Higher the Monkey Climbs examines our relationship to our own pasts and how we adjust to the world as it shifts around us. 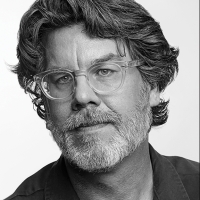 While his fiction has appeared in various magazines, Bruce Geddes has also written two books for Lonely Planet and worked as a producer for the CBC. With a MA in Latin American Literature, he’s a graduate of the Humber School for Writers. Bruce lives and works in Toronto and his debut novel, The Higher the Monkey Climbs, is now available in bookstores and online.