Eve and Manny are engaged in post-civil war Israel. Eve studies at the Hebrew University for Jewish Renewal, an island of militant secularism in the religiously-run Shalem State. Manny is an unemployed graduate student with a secret: he is falling in love with his religious roots and turning his back on modern moral relativism.

As their wedding date approaches, Manny deserts Eve, then devastates her a second time with the revelation that he has pre-empted their wedding with a marriage to a new lifestyle. In the midst of this betrayal, Eve collides with a pre-soul who has had his out-of-this-world eyes on her all along. The collision leaves Eve with a choice: reconcile with Manny or condemn a soul to never living.

More than a decade later, the couple live with their three children off the Tel Aviv Coast on the manmade Yovel Islands. But Eve’s uncanny encounter has left a mark and now she has her own secret, one that may save her only son’s life, or else tear her family apart. King of the Class is a futuristic satire on the toxic brew of religion and politics in modern Israel, poking a playful finger at parental gold-digging and technological dependence. 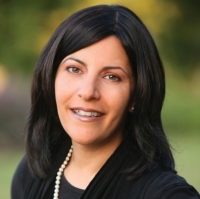 Gila Green grew up in Ottawa, Ontario and moved to Israel in 1994 when her South African fiancé’s visa application to Canada was rejected. As a teenager, she spent many summers on an Israeli kibbutz, but never adapted to wearing that blue uniform and eating the heaviest meal of the day at noon. When she’s not raising her children, Gila writes, edits, teaches and publishes fiction because, hey, it’s cheaper than therapy. King of the Class is her first novel.

King of the Class is now available in bookstores and online. Contact Gila directly at gilagreen @ gmail.com.