1990. Transferred to Horsetail Institution and mortally ill, an inmate devotes his remaining weeks to a project—recording his history on cassette tape. The account describes a curious queer journey that began in rural New England in 1927. Meditating on ruined family, illicit lovers, drunken parties, a tragic marriage, and strange terms of employment, the American inmate strives to wring sense—meaning—from a life now winding down in River Bend City, British Columbia... a few years after a jury found him guilty of murdering his boss, a geriatric San Francisco socialite. Decades later, the recipient of those forgotten cassettes faces the dissolution of her long marriage. Seeking respite from wintry thoughts, the former prison nurse listens to the inmate’s words, eventually shaping the jumbled reminiscences into a memoir. Speculation based on a cruise ship murder in 1985 and the final volume of the River Bend Trilogy (The Age of Cities; From Up River and For One Night Only), My Two-Faced Luck captures a singular voice as it divulges startling facts behind a rough passage through the upheavals of the twentieth century. 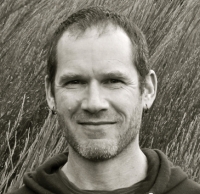