Imagine you’re one of India’s most decorated athletes, a country of more than a billion people. You were largely responsible for your homeland’s first Olympic gold medal as an independent nation after a violent, murderous Partition, yet you walk the streets anonymously, and your contributions have been all but forgotten. What if your statistics, awards, and accolades spoke for themselves, but no one was speaking for you?

In November of 2014, Canadian journalist Patrick Blennerhassett set out for India. In investigating the mystery of Balbir Singh Sr.’s anonymity, he found himself delving into the incredible true story of a forgotten life. Spanning nine decades, Singh Sr.’s personal saga is a stunning metanarrative of India in the twentieth century and beyond: the bloody race riots of Partition; the historic 1948 London Olympics following the Second World War; and the brutal murder of Sikhs across India after the assassination of Prime Minister Indira Gandhi in 1984. In unraveling the story of Singh Sr.—now a Canadian citizen—readers will travel from Helsinki to Melbourne, from Kuala Lumpur in 1975 to 1980s Los Angeles. From Moga, New Zealand, Copenhagen, and modern-day Vancouver to the very heart of Indian life—the booming hyper-modern cities of New Delhi, Amritsar and Chandigarh.

What exactly created modern India, a land deformed by imperialism, still divided by religion, and marred by headline-grabbing human rights violations? Diving into the rooster coop, A Forgotten Legend explores the mystery, of how and why a country consciously forgot one of its greatest icons.

A Forgotten Legend is now available in bookstores and online. 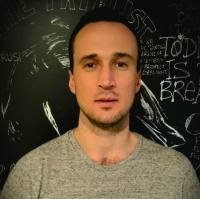