When Annika Torrey is diagnosed with cancer, she has no one in her life she can turn to.  Divorced and estranged from her fundamentalist family, she sells her life insurance policy for cash, hoping to live out her final days in peace. But then Annika is given a rare second chance. Meanwhile, struggling real-estate agent Matt Campbell is drowning in debt. Desperate to save his career and marriage, he lets an old friend invest his money, but the big payout he’s promised never materializes. Suspecting fraud, his search for answers leads him to the mysterious Annika, and soon both characters are trapped in a web of deception and desire, their hopes for redemption threatened by the contract that binds them. 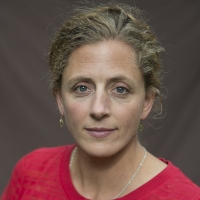 Originally from Halifax, Natelle Fitzgerald resides in Beaton, BC where she operates a summer mountaineering camp with her husband. Natelle holds a journalism degree from the University of King’s College, a Bachelor of Science from Mount Allison University, and is a member of the BC Federation of Writers.

Viaticum is now available for purchase in bookstores and online.