A heartbroken derelict. An abruptly idealistic executive. A father trying to reconnect with his daughters. Three men inhabiting the same neighbourhood with completely divergent lives come together in a collision that will leave each of them changed forever. In his debut novel, Michael Knox evokes, in cinematic prose, a glimpse of the complexity of the suburban, and a meditation on disaster and masculinity. Harshly Purring presents a poetic and brutal look at isolation and disaster, both self-inflicted and otherwise, and the ways in which human beings struggle to survive it.

Harshly Purring is now available in bookstores and online. 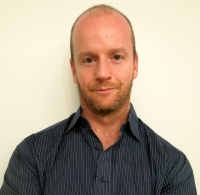 Michael Knox has two previous books, Play Out the Match (2006) and The North End Poems (2008), and his work has appeared in a range of literary journals and magazines. He lives with his wife in Toronto.

Michael can be reached directly at michaelgaryknox@gmail.com.