Ben Dunn has not been trafficking marijuana to his high school students. He has, however, been intimate with one, which is probably why the authorities come looking for him one afternoon. After a night spent in the drunk-tank, Ben commissions his friend’s help in planning a revenge-plot against the fellow teacher he blames for his forced removal from the school. In the end, however, he just wants to begin anew. To have his name cleared. To fix the things he’s broken. And to go back and undo the awful things he’s done. But he’s stuck in the present, where the past lingers and the future looms. 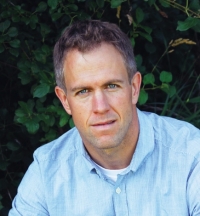 Daryl Sneath was raised in a small town near a lake. Currently he shares his days with his wife, Tara, and their three children—Ethan, Penelope, and Abigael—in another small town near a river, that being Seagrave, Ontario. As the Current Pulls the Fallen Under is his second novel.

All My Sins
As the Current Pulls the Fallen Under