It’s 1954, the Cold War has shifted into high gear, and on little more than a bet an 18-year-old lumberjack from Aleza Lake in the interior of British Columbia joins the Canadian Navy, a spur-of-the-moment decision that will radically alter the rest of his life.
Starting with basic training in Nova Scotia, The Stoker follows the exploits and adventures of author L. Mel McConaghy as he sails his way out of obscurity and around the globe on all manner of seagoing vessel, from the state-of-the-art to the aging and antiquated. Whether it’s hunting Soviet submarines on the West Coast of Canada or maintaining an uneasy peace in the volatile Middle East, McConaghy does it all over his decade in the navy. And just when life couldn’t seem to get any more interesting, along comes a position on Queen Elizabeth’s newly commissioned Royal Yacht Britannia, a true voyage of a lifetime.
At times heartbreakingly sad and irresistibly amusing, The Stoker consistently displays a truth and understanding that strikes the soul. More than a memoir, it is a lyric record of a time and of a life at sea. 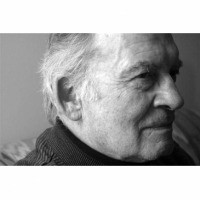 Mel McConaghy retired from truck driving at the age of 71, before which he spent ten years in the Royal Canadian Navy (’54 to ’64) sailing on every ship imaginable, from a sailboat to a submarine. He was one of the first six Canadians to sail on the Royal Yacht Britannia, circumnavigating the world with Prince Philip before witnessing the historic opening of the St. Lawrence Seaway by Queen Elizabeth in 1959.
Mel’s writing career began when a fellow trucker commented, “McConaghy you’re so full of BS you should write a book.” And so, with his colleague’s blessing, Mel soon discovered a passion for writing, contributing regularly to Pro-Trucking Magazine, writing and recording a bi-weekly commentary for a local community radio station, and working on various novels. He lives in Prince George, BC with his wife of 50-something years, Barbara.

Mel's first book, The Stoker, a memoir of his time in the Canadian navy, is now available in bookstores. Contact Mel directly at lesmcc@telus.net.