All That Monk Business

Meet Buddy Monk, a barber, recently dropped by his social activist wife who has, for the last time, been deceived by her hypercompetitive husband’s attempts to win anything, anyhow, all rules be damned. She’s now trying her hand at waitressing, in a restaurant run by Buddy’s mother, which ought to go well. As for Buddy’s father, he’s been dead for 25 years, but when a retired fisherman finds his will the past comes roaring back into Buddy’s life, exposing a previously unknown family connection and turning on its head our barber’s relationship with most everyone in his ambit. All That Monk Business is a gritty, comic, emotional charge through Vancouver’s Commercial Drive and Downtown Eastside, a story of people coming to grips with the past while nourishing themselves through interconnections on streets ablaze with contrasts and eccentricities. 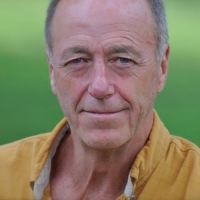 Barry Kennedy grew up in Winnipeg before moving with his family to BC where he graduated from Royal Roads Military College to become a fighter pilot as part of Canada’s contribution to NORAD. After succumbing to an irresistible literary fever, he began a new career as a writer, actor and standup comic. The author of three previous novels—Through the Deadfall, The Hindmost, and Rock Varnish—he currently resides in Toronto.

All That Monk Business will be available for purchase in bookstores and online April 15, 2021. Check out barrykennedy.ca for more information on this author.

All That Monk Business