An Inverted Sort Of Prayer

Cut loose at the end of a long and violent hockey career prolonged by steroids and numbed by liquor, ex-enforcer Billy Purdy discovers that the soon-to-be-published novel of a celebrated politician’s son is in fact Billy’s father’s own, taken word for word from the original published, and promptly forgotten, some forty years before. Allowing the ruse to continue, and in an effort to distance himself from his violent past, Purdy embarks upon an exotic, oftentimes absurd adventure in an attempt to reinvent himself in what he envisions to be a more cerebral and civilized image, in a world he has never fully been a part of, or developed the necessary tools to properly inhabit. Yearning for connection of any kind, yet seemingly unable to sustain it for any length of time, Billy Purdy comes to symbolize the alienation, frustration, and ultimate futility behind this quintessential Canadian dream. 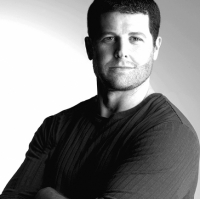 Chris F. Needham is the author of the novels An Inverted Sort of Prayer, Falling from Heights and, most recently, Leaving Lovestiff Annie. He lives in Vancouver, BC.