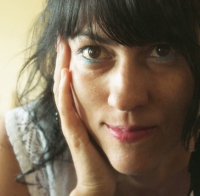 Temenuga Trifonova is Associate Professor of Cinema and Media Studies at York University in Toronto. She is the author of several books and numerous scholarly articles, and her first feature film Man of Glass won the Cinematic Vision Award at the 2013 Amsterdam Film Festival. Rewrite is her first novel.

Rewrite is now available in bookstores and online.